Loyalists and Radicals in Maryland

"Our people have fire if not smothered"

Loyalists, Radicals and the Fight Over the Declaration of Independence in Maryland

As late as mid-June 1776, John Adams complained to Maryland Continental Congressman Samuel Chase that 'Maryland stands alone.' [1] Throughout the first six months of 1776, Maryland's delegates successfully, but not always whole-heartedly, resisted the growing tide of pro-independence sentiment in the Continental Congress. Orders from the colony's only functional government, the extra-legal Provincial Convention and its interim authority, the Council of safety, demanded that the congressional delegates refuse to consent to any acts calling for independence, foreign alliances, or a permanent union of the colonies. Only when the increasingly powerful domestic radical elements threatened the political power and privileged status of the country's gentry did the convention finally instruct Maryland's delegates in Philadelphia (many of whom already saw the need for a break with England) to vote for independence.

The "clear conviction" of Maryland's elite

Maryland's delegates to the Continental Congress were an elite of large planters and wealthy merchants. This elitism came about because the delegates to Congress were elected by the Provincial Convention whose members were, in turn, elected by gentry-controlled county committees. Aubrey Land opines that, besides wealth, all members of this elite group of provincial politicians had the same Whig political philosophy, the same conception of property rights, and a "clear conviction that the well being of society demanded their control."[2] The Provincial Convention was mostly composed of former assembly "county party" conservatives and moderates. It was the moderates who more strongly desired the restriction of Parliament's powers over the colonies and the protection of American liberties. As a result, they were usually elected as delegates to Congress by a large number of the province's self-serving and wealthy merchants.[3] Unlike all other previous Maryland delegates to the Continental Congress, those who attended during the first half of 1776 had restrictions placed on their authority. In January, the Provincial Convention instructed all congressional delegates to recall the "State of felicity" they and their ancestors had enjoyed under English rule. The delegates should maintain hope for reconciliation between the colonies and England, and keep in mind "the avowed end and purpose for which these colonies originally associated, the redress of American grievances and securing the rights of the colonists." Any vote of the delegates in favour of independence which did not receive the convention's sanction would not be considered binding.[4] 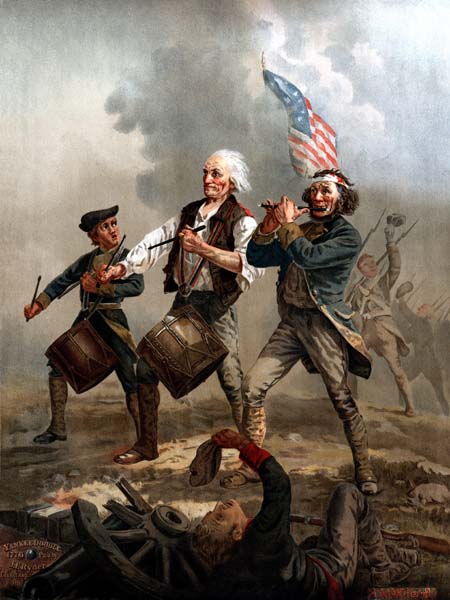 When Samuel Chase, Thomas Johnson, William Paca, John Rogers, Thomas Stone, Mathew Tilghman and the two other congressional delegates of 1776 were originally elected, all concurred with the sentiments expressed in their instructions. For the most par, this remained the case until June of that year. In a letter dated May 20, May, 1776, Stone expressed these sentiments: "To cut the only Bond which held the discordant Members of the Empire together seems to me the most weak and ill judged Measure I have ever met with in a State which had the least Pretention to wisdom or knowledge in the Affairs of Men."[5] Nevertheless, a gradual change took place among the congressional delegates' attitudes towards independence during the months proceeding July 4. On June 8, one day after Richard Henry Lee presented his resolution in Congress proposing independence, union and the formation of alliances, Thomas Jefferson explained, in his notes of congressional proceedings, that the opinion of Maryland delegates was swaying in favour of a break with England. While Samuel Chase had come to favour independence as early as the beginning of January, even the conservative Thomas Stone was forced, by June 11, to admit that, "Peace and Security which every virtuous man in this country has so earnestly desired seems not attainable in the present disposition of the ruling powers of Britain."[6]

The fear of radicalism

By the end of May, Maryland's delegates to the Continental Congress did not share the same fears associated with independence as their brothers at home, despite the fact that they were from the colony's elite. Subjected to the patriotic fervour of the delegates from other colonies, those of Maryland overcame whatever fears of independence they might have previously held. Bound by the convention's restrictions, however, the delegates could not vote for independence even though their letters indicate that they knew that large numbers of radical artisans, tradesmen, small farmers, and freemen desired exactly that.[15] All restrictions on the authority of the delegates in Philadelphia were dropped only after a combination of forces made it politically expedient for the convention delegates to support independence. Finally, on June 25, as Samuel Chase was able to triumphantly write to John Adams: "I shall offer no other apology for Concluding, than that I am this Moment from the House to procure an Express to follow the Post with a Vote of our Convention for Independence, etc., etc. See the glorious effects of County instructionsóour people have fire if not smothered."[16]