When she was seventeen years old, Martha Dandridge married Daniel Parke Custis, one of the wealthiest planters of eastern Virginia. Eight years later her husband died, leaving her with two children. Characterized at the time as "the prettiest and richest widow in Virginia," she met Colonel George Washington in 1758. They were married a year later.No list of notable early American women would be representative without that of America's first First Lady.

They made Mount Vernon their home where Martha managed her husband's plantations in his absence. During the war she visited him in camp — sharing his honors, anxieties and hopes. Almost at the very hour of Washington's victory over the British at Yorktown, Martha's only son Col. John Parke died from camp fever only a few miles away. Arriving at the scene, Washington wept like a child. He vowed to Martha, "I adopt his two younger children as my own, from this hour."

As wife of the president, Martha was a gracious hostess, both in New York and in Philadelphia, and known for her official receptions every Thursday afternoon at the Executive Mansion. 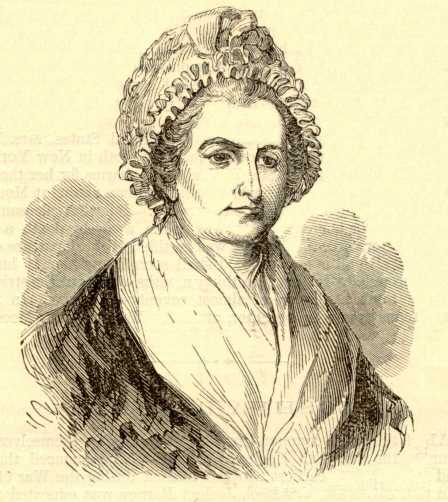