Signed in Script Type by George Washington Appearing in The Columbian Centinel of July 17, 1790

This was the first Copyright Act to protect books, maps and other original materials. Rights were granted only to citizens of the United States, a policy which continued until 1891. Passage was due mainly to Noah Webster who worked unceasingly on its behalf.An Act for the Encouragement of Learning, by securing the Copies of Maps, Charts and Books, to the Authors and Proprietors of such Copies, during the Times therein mentioned.

The law also applies to maps, books or charts already completed but not yet published.

The Copyright Act gave protection for a period of 14 years, with the right of renewal for another 14 years. 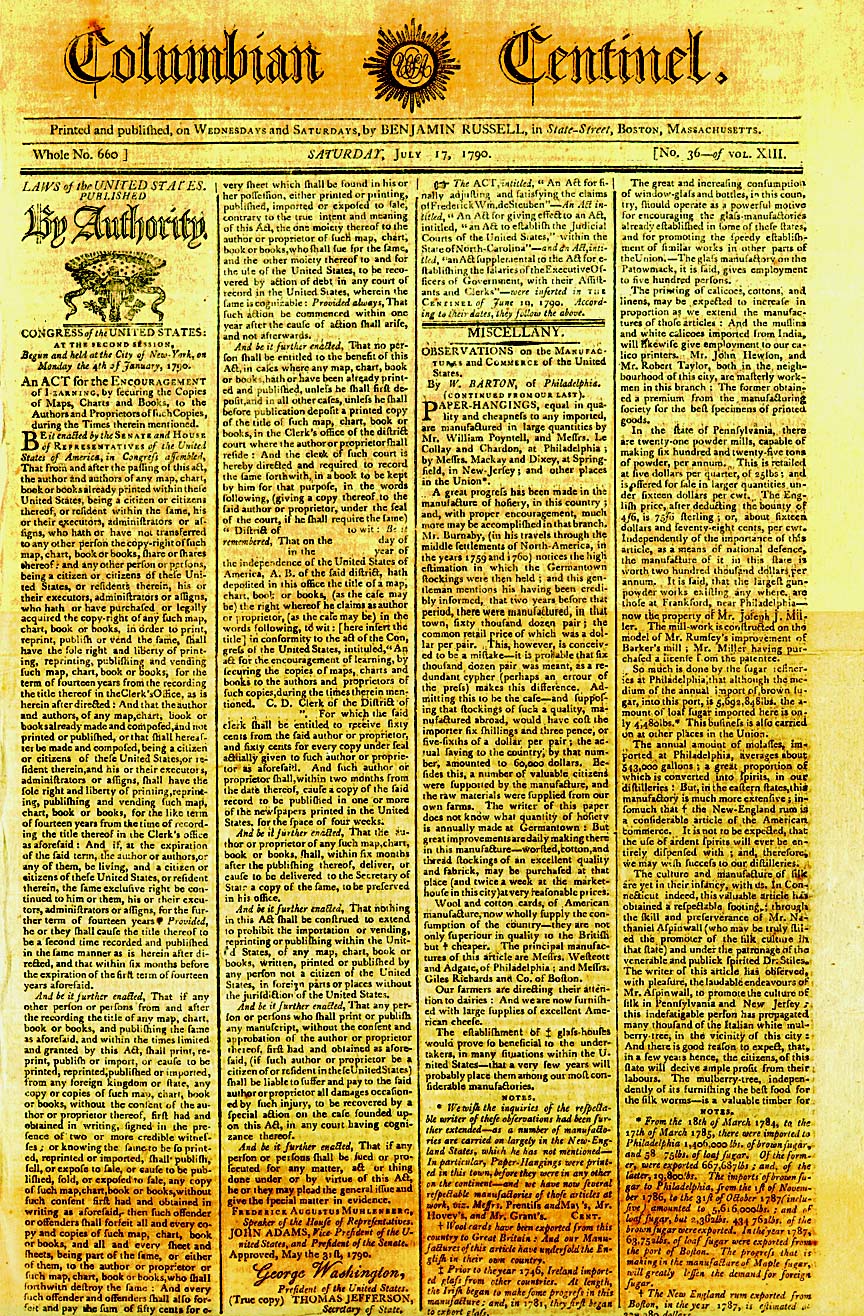 The Copyright Act as it was reported in The Columbian Centinel of July 17, 1790.

According to the Act violators of the new law "shall forfeit all and every copy....and all and every sheet....to the author or proprietor....who shall forthwith destroy the same."

In addition "offenders shall also forfeit and pay the sum of fifty cents for every sheet which shall be found in his or her possession...." And owners whose rights have been violated can file suit "....in any court of record in the United States....within one year after the cause of action...."

The Act was signed by the Speaker and the President of the Senate on May 25, 1790. It was signed by George Washington on May 31, 1790, shown in this issue of The Centinel with his signature printed in script type.