First State of the Union Address

Read the Summary of: The First State Of The Union Address Mr. Wynkoop appeared this day, and took his seat. The House being assembled, adjourned to the Senate Chamber. At 11 o'clock, The President of the United States, attended by his Aids, and Secretary, was received by the two Houses of Congress in the Senate Chamber, when he was pleased to make the following speech: FELLOW CITIZENS Of the SENATE, and HOUSE of REPRESENTATIVES, 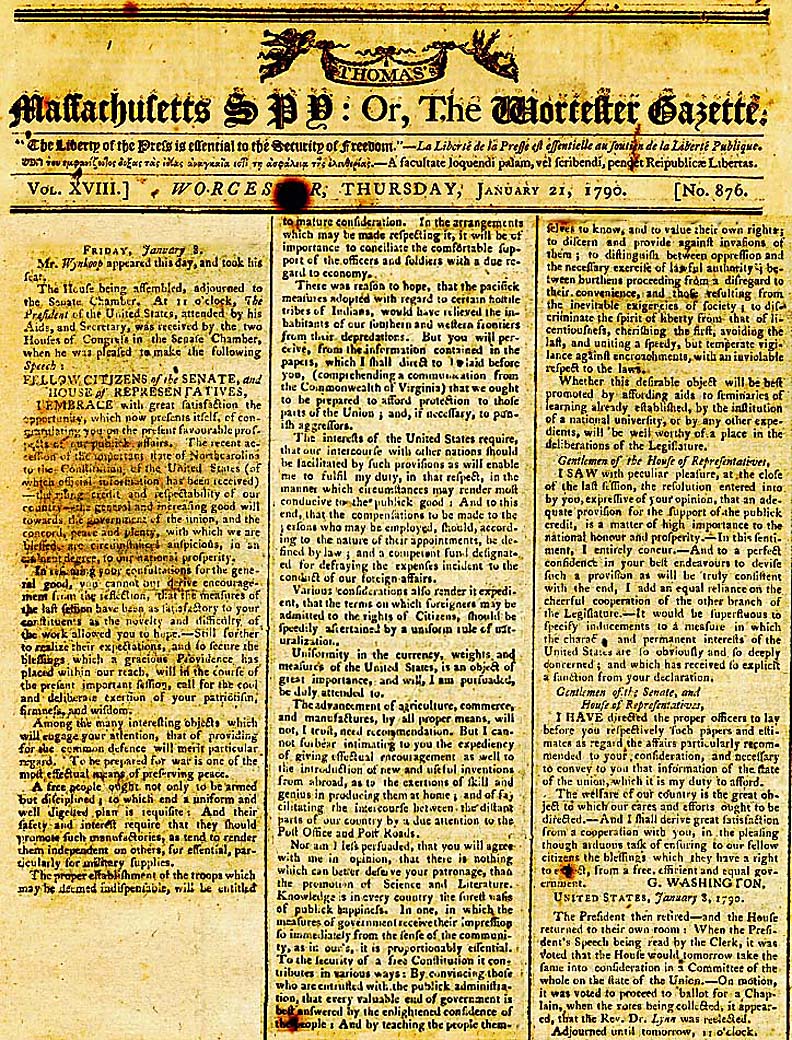 Click to See the Original text as it appeared in the Massachusetts Spy Thursday, January 21, 1790.