When she was sixteen years old, a lady friend purchased Catherine's freedom for $200. Catherine married at eighteen and had two children but both died in infancy.Born a slave, Catherine Ferguson was eight years old when her mother was sold. She never saw her mother again. That permanent separation undoubtedly impressed upon her the needs of desolate children, and they became the great care of her life.

Although she herself never learned to read, Catherine gathered the poor and neglected children of the neighborhood, white and black, for religious instruction every Sunday at her modest dwelling on Warren Street in New York. A minister who heard of her work convinced her to move her school to the basement of his new church on Murray Street. Thus, Catherine Ferguson's Sunday school was the first to be established in the city of New York.

But her benevolent labors did not end with her Sunday school duties. Twice a week she held prayer meetings for the children and adults in her neighborhood. She continued that work for over 40 years in every neighborhood in which she lived.

Over the course of her life she took in under her wing a total of 48 children from the streets or from unfit parents. She raised them or kept them until she found suitable homes for them.

Of Catherine Ferguson a biographer wrote: "The example of such a life ought not to be lost...to perpetuate the memory of Katy Ferguson and her deeds for the benefit of posterity. She was a philanthropist of truest stamp." 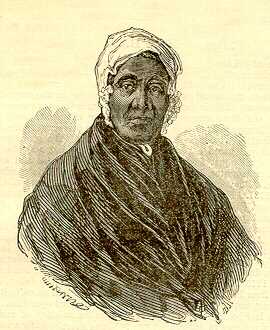