How America Got Its Name

The Story of How America Got Its Name

It is an irony of history that the name "America" did not come from Christopher Columbus. That distinction belongs to a German writer of geography.

How do we explain what seems to mock the reality of history?

Stirred by the achievements of Columbus and envious of the reputation his discoveries brought, Vespucci endeavored to cultivate Columbus' friendship and trust.

Seven years after Columbus' first voyage and while Columbus was still alive, Vespucci accompanied an expedition that consisted of four ships. They sailed past the eastern coast of South America, and visited Trinidad, which Columbus had named the preceding year. On his return to Europe Vespucci wrote letters with glowing descriptions of the newly discovered countries. He called the lands he had visited a "New World." 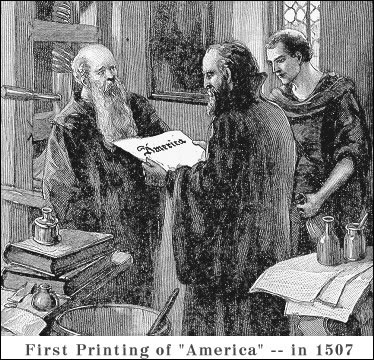 Some years later Vespucci's letters were published and read by Martin Waldseemuller, a noted geographer, and Mathias Ringmann, a schoolmaster. Recently arrived from Germany to the province of Lorraine, they were attracted to the town of Saint-Die because of a newly established print shop. Both men were engaged in working on a reproduction of Ptolemy's treatise on geography, to which they were adding a preface.

After reading the account of Vespucci's travels in "Quatre Navigations d' Americ Vespuce," they decided to incorporate Vespucci's voyage into the treatise. Ringmann, acting as editor, wrote in his introduction: 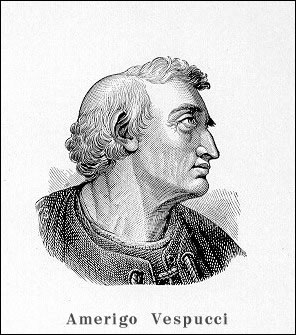 "There is a fourth quarter of the world which Amerigo Vespucci has discovered and which for this reason we can call 'America' or the land of Americo."

Apparently ignorant of the discoveries and achievements made by Columbus fifteen years earlier, Ringmann continued:

"We do not see why the name of the man of genius, Amerigo, who has discovered them, should not be given to these lands, as Europe and Asia have adopted the names of women."

Their work was published on April 25, 1507 under the title "Cosmographiae Introductio." It marked the first time the word AMERICA appeared in print. 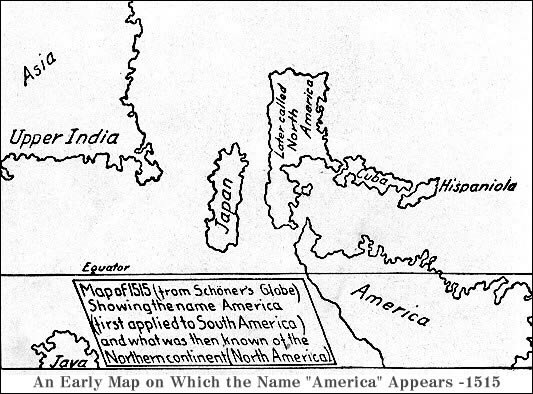