The Boston Massacre occurred on March 5, 1770, when British soldiers fired into a crowd on King Street in Boston. This is the Boston Gazette's obituary of four of the men who died: Samuel Gray, Samuel Maverick, James Caldwell, and Crispus Attucks. An additional victim, Patrick Carr, died several days later. 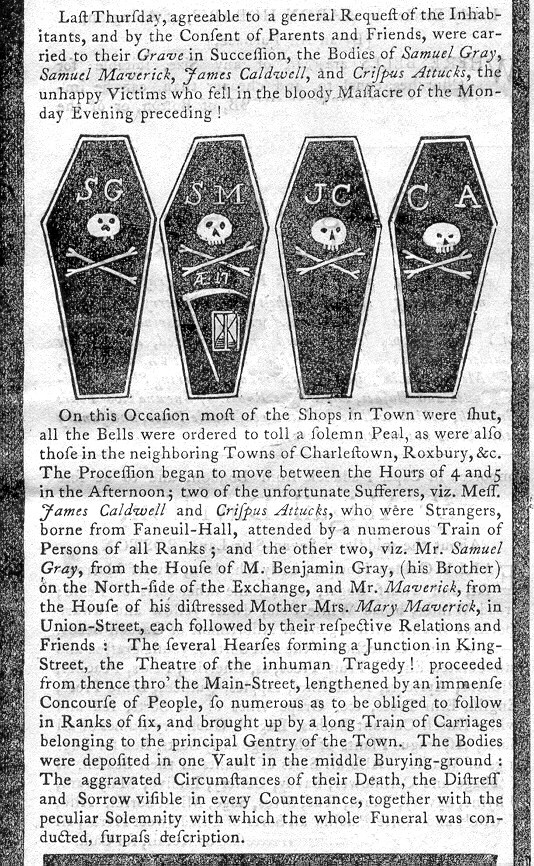 Read more about the Boston Massacre: