A Rare Portrait of Benedict Arnold and John Andre

Here we see American General Benedict Arnold (at left) showing secret documents to British Major John Andre. In this early drawing depicting their historic meeting Arnold hands over detailed information for the surrender of West Point to the British. 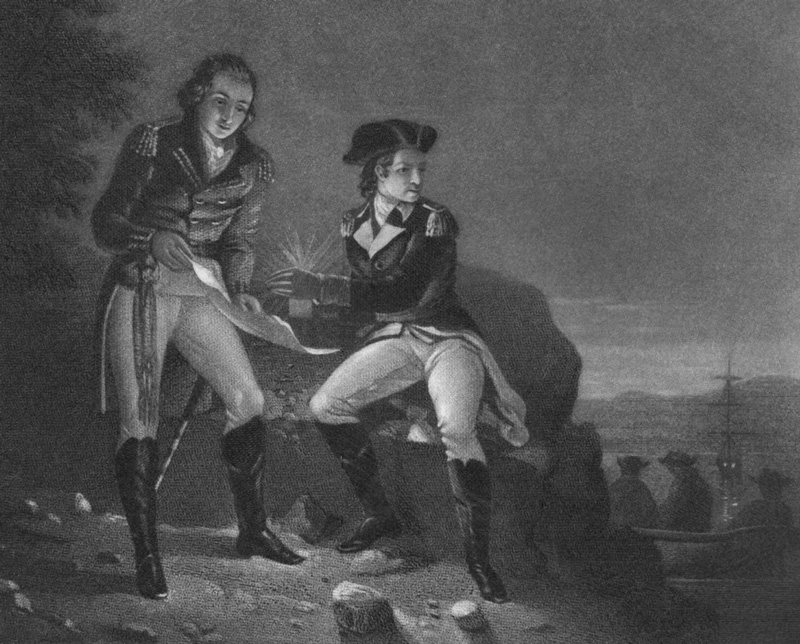 The pair met in a forest after midnight on September 21, 1780, after Andre came ashore from the British sloop Vulture, its mast and lights seen dimly in the background to the right.