What's Wrong With This Picture?

DELAWARE RIVER, December 25, 1776. Facing disaster, Washington takes a desperate chance, crossing the Delaware in a surprise attack on the Hessian encampment at Trenton. This painting, "Washington Crossing the Delaware" by Emanuel Leutze, is one of the most famous pictorial images to come out of the American Revolution. Nonetheless, it contains at least one glaring historical inaccuracy. Study the painting and see if you can detect the error. 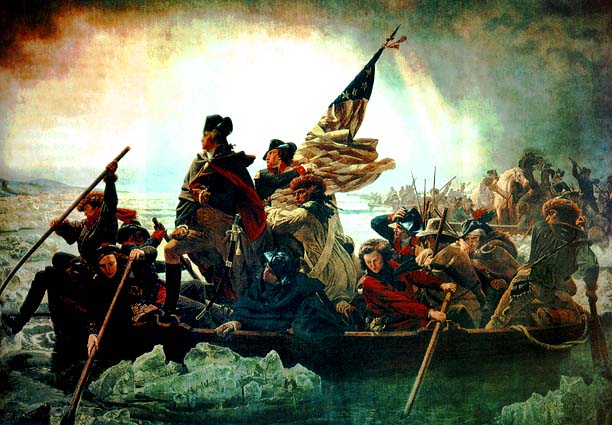 Errors Found In Famous Painting of Washington Crossing the Delaware 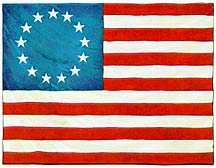 The Stars and Stripes Flag

This is What's Wrong With This Picture!

LEUTZE'S PAINTING of Washington Crossing the Delaware contains three errors often discussed by historians. The most egregious, since it involves an out-and-out historical inaccuracy, is the flag being carried. Notice that it is the flag commonly referred to as "The Stars and Stripes." This flag did not exist at the time Washington made his famous crossing. 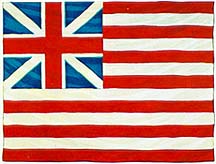 The flag in Leutze's painting was not adopted until June 14, 1777, six months later. Leutze should have shown the Grand Union flag, officially hoisted by Washington himself on January 2, 1776, at Cambridge, Massachusetts, as the standard of the Continental Army and the first national flag. The other errors, albeit minor in nature, are the boat — it's the wrong size and shape; and Washington's standing position, while heroic, would likely have resulted in his drowning on that stormy night. Despite these flaws, the painting has endured down through the years as a symbol of the American spirit.