At the same time, encouraged by her two brothers, she wrote a work of fiction entitled "A New England Tale." It appeared anonymously in 1822. On her father's death Catharine Maria Sedgwick — when she was 24 years old — took over the management of a private school for young ladies in Pittsfield, Massachusetts, an endeavor she continued for fifty years.

Her second novel, "Redwood," also published anonymously, was reprinted in England and translated into four languages. Six other novels followed. 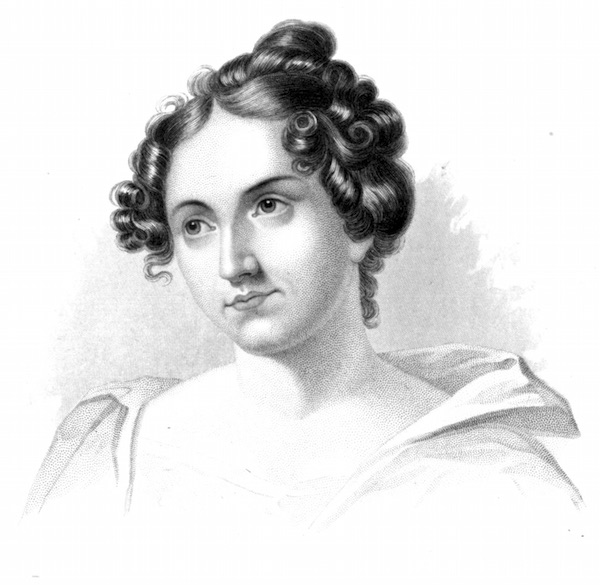 Miss Sedgwick also wrote and published a collection of her "Sketches and Tales" from magazines. She next authored a series of papers descriptive of everyday life, including such titles as "The Poor Rich Man and The Rich Poor Man" and "Live and Let Live." Her travels through Europe over a year's time resulted in "Letters from Abroad to Kindred at Home."

Sedgwick wrote numerous historical sketches and biographies, and edited and authored several articles for literary publications. Her writing is considered to be thoroughly American in thought and feeling, and captured the character and manners of New