"We have to live without sympathy, don't we. That's impossible of course. We act it to one another, all this hardness; but we aren't like that really. I mean...one can't be out in the cold all the time; one has to come in from the cold." John Le Carré

by Brett F. Woods John Le Carré wrote this passage in his 1963 espionage classic The Spy Who Came in from the Cold. But, while immensely popular, Le Carré's sentiments were arguably nothing new. James Fenimore Cooper explored similar emotions some 140 years earlier with his 1821 Revolutionary War narrative The Spy: A Tale of Neutral Ground — the first recognized espionage novel. In Le Carré's story, the spy is Alec Leamas, who is executed in Cold War Berlin; in Cooper's, it is Harvey Birch, an American spy cast against the backdrop of the revolution in New York State. Both stories, in concert with their times, parallel reality and wed tales of adventure with the dark world of espionage. The moods are gray, the settings circumscribed, and Leamas and Birch emerge as ordinary individuals who are not much different than the people they oppose. They are common men following dangerous paths through uncertain times. 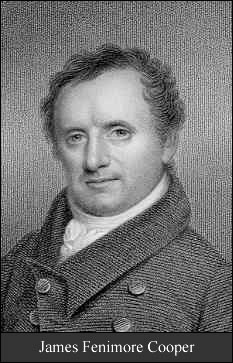