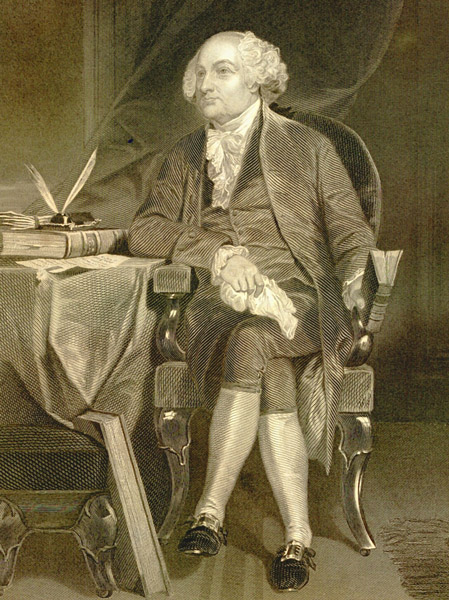 John Adams and Abigail Smith Adams exchanged more than 1,100 letters over a thirty-nine year period, from their courtship in 1762 to the end of John's political career in 1801. Letters were written when John traveled away from home on legal work for the circuit court. A steady flow of letters was exchanged while John served in the Continental Congress, and later during his first diplomatic assignment in Europe. Corresponding with each other by mail across the ocean was a challenge they eagerly undertook. Abigail's education was limited. As with most girls at that time, she was taught reading and writing in order to read the Bible and write letters. Fortunately, Abigail's father encouraged her to share his love of books, and to read history, theology, poetry and political theory. By the time she was an adult, she was considered to be one of the best-read women of her time. Abigail addressed her letters to John as "Dearest Friend" and signed them "Portia." Here is one of the many that the couple wrote, this correspondence during John's absence as a delegate to the Continental Congress. In this letter she describes their loss of a friend in the conflict, Dr. John Warren, a Continental army surgeon during the war, plus her reactions to the ongoing battle nearby of Bunker Hill. Her courage and resolution in the cause of freedom is evident throughout this message to her husband.

Dearest Friend, The day — perhaps the decisive day — is come, on which the fate of America depends. My bursting heart must find vent at my pen. I have just heard that our dear friend, Dr. Warren, is no more, but fell gloriously fighting for his country; saying, Better to die honorably in the field, than ignominiously hang upon the gallows. Great is our loss. He has distinguished himself in every engagement, by his courage and fortitude, by animating the soldiers, and leading them on by his own example. A particular account of these dreadful, but I hope glorious days, will be transmitted you, no doubt, in the exactest manner. "The race is not to the swift, nor the battle to the strong; but the God of Israel is He that giveth strength and power unto his people. Trust in him at all times, ye people, pour out your hearts before him; God is a refuge to us." Charlestown is laid in ashes. The battle began upon our intrenchments upon Bunker's Hill, Saturday morning about three o'clock, and has not ceased yet, and it is now three o'clock Sabbath afternoon. 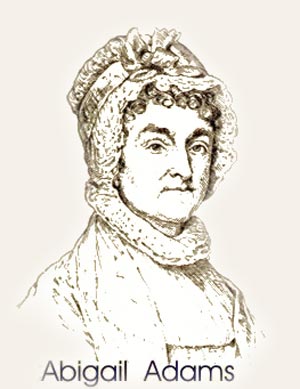 It is expected they will come out over the Neck tonight, and a dreadful battle must ensue. Almighty God, cover the heads of our countrymen, and be a shield to our dear friends! How many have fallen, we know not. The constant roar of the cannon is so distressing that we cannot eat, drink or sleep. May we be supported and sustained in the dreadful conflict. I shall tarry here till it is thought unsafe by my friends, and then I have secured myself a retreat at your brother's, who has kindly offered me part of his house. I cannot compose myself to write any further at present. I will add more as I hear further. Tuesday afternoon I have been so much agitated, that I have not been able to write since Sabbath day. When I say that ten thousand reports are passing, vague and uncertain as the wind, I believe I speak the truth. I am not able to give you any authentic account of last Saturday, but you will not be destitute of intelligence. Colonel Palmer has just sent me word that he has an opportunity of conveyance. Incorrect as this scrawl may be, it shall go. I ardently pray that you may be supported through the arduous task you have before you. I wish I could contradict the report of the Dr's death; but it is a lamentable truth, and the tears of the multitudes pay tribute to his memory; those favorite lines of Collins continually sound in my ears: HOW sleep the brave, who sink to rest By all their country's wishes blest! When Spring, with dewy fingers cold, Returns to deck their hallow'd mould, She there shall dress a sweeter sod Than Fancy's feet have ever trod. By fairy hands their knell is rung; By forms unseen their dirge is sung; There Honour comes, a pilgrim grey, To bless the turf that wraps their clay; And Freedom shall awhile repair To dwell, a weeping hermit, there! I must close....I have not pretended to be particular with regard to what I have heard because I know you will collect better intelligence. The spirits of the people are very good; the loss of Charlestown affects them no more than a drop in the bucket. I am, most sincerely, yours, PORTIA
Popular Cities
Albany Tutoring Tucson Tutoring San Francisco-Bay Area Tutoring Boulder Tutoring Tulsa Tutoring Detroit Tutoring Houston Tutoring Ann Arbor Tutoring Madison Tutoring Cincinnati Tutoring
Popular Subjects
AP Algebra Tutors Stellar Astrophysics Tutors 6th Grade Tutors Latin Tutors GMAT Tutors 2nd Grade Spanish Tutors Astrochemistry Tutors ACT Tutors Language Arts Tutors Social Anthropology Tutors SAT Tutors Impressionism Tutors IB Physics Tutors Series 7 Tutors CLEP College Composition Tutors Discrete Geometry Tutors Maori Tutors 7th Grade Homework Tutors GCSE Combined Science Tutors High School Physics Tutors
Popular Test Prep
LMSW Exam Courses & Classes CISM - Certified Information Security Manager Courses & Classes CTP - Certified Treasury Professional Courses & Classes Idaho Bar Exam Test Prep SIE Courses & Classes Indiana Bar Exam Test Prep SAT Test Prep USMLE Courses & Classes Series 65 Test Prep NCLEX Test Prep