Take Your Mark, Get Set, Good-bye! The Period Between Yorktown and Evacuation Day, 1783

With the beginning of World War I, a New York City holiday that had been celebrated commemorating the last day of the American Revolution was cancelled because, of all things, no one hated the British anymore! Until the bicentennial of the event twenty-five years ago, few remembered the part that early leaders of this new country, some with Masonic ties and some with the age old lament, My brother, uncle, father, father-in-law were Masons, I'm not! played such an important role in this forgotten holiday, the day the British Army left New York and ended foreign occupation in these United States. On November 25, 1783, General of the Army George Washington, Gen. Henry Knox and New York Governor (and General) George Clinton led the American forces into New York City and down Broadway right behind the leaving British Army. That afternoon the Brits took a left turn on Pearl Street, past Fraunces Tavern, boarded ships on the East River and sailed out to sea. This signaled the end of the American Revolution and began the celebration of "Evacuation Day." The holiday was celebrated with parades, speeches and fireworks much in the same way as today's celebration of the Fourth of July.

The battle of Yorktown (October 19, 1781) marked the last battle of the American Revolution when Gen. Cornwallis surrendered his entrapped army to General Washington. Sir Henry Clinton, who controlled New York City, could affect nothing but the control of the Hudson River with his small navy. The British had once before almost seized the river as far up as Albany, NY. Should hostilities be resumed, the northern colonies could be separated from the rest - as had been tried in the past. To prevent such a contingency Washington moved the American Army to encamp at New Windsor, a town near Newburgh, NY, on April 1, 1782. The officers and men eagerly awaited news from the peace negotiators in Paris. And then they waited some more. 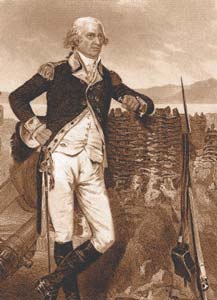 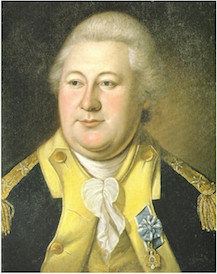 Earlier in the 1780s, Washington had been approached twice by army officers who promised their support if he decided to seize civilian power. In one famous incident in 1782, Col. Lewis Nicola wrote a letter urging Washington to overthrow Congress and become America's king. The commanding general scolded Nicola the very same day. In 1783, on the Ides of March, Washington caught wind of officers wanting to stage a coup d'Ètat against Congress. Washington would not be moved — that die would not be cast. General Washington called a meeting to be held in the New Building - The Temple - to be chaired by General Gates, second in command in Newburgh. Gates had, personally, been working with other dissatisfied officers and members of Congress to remove Washington and take over the government. The officers were talking of a coup and then setting up martial law to secure these payments. When the meeting was called to order, much to the surprise of all, General Washington came in. He asked to speak to the officers, and the stunned Gates relinquished the floor. Washington could tell by the faces of his officers that they were quite angry and did not show the deference or respect that they had always shown in the past toward him. Washington gave a short speech about the precarious finances of the new nation. He could see that they were still confused, uncertain, not quite appreciating or comprehending what he had tried to impart in his speech. With a sigh, he removed from his pocket a letter and announced it was from a member of Congress, and that he now wished to read it to them. He produced the letter, and gazed upon it. Washington now reached into a pocket and brought out a pair of new reading glasses. Only those nearest to him knew he lately required them, and he had never worn them in public. He said: Gentlemen, you will permit me to put on my spectacles, for I have not only grown gray but almost blind in the service of my country. This simple act and statement by their venerated commander, coupled with remembrances of battles and privations shared together with him, and their sense of shame at their present approach to the threshold of treason, was more effective than the most eloquent oratory. As he read the letter, many were in tears from the recollections and emotions which flooded their memories. As Maj. Samuel Shaw, who was present, wrote in his journal, There was something so natural, so unaffected in this appeal as rendered it superior to the most studied oratory. It forced its way to the heart, and you might see sensibility moisten every eye. This caused most of the men to realize that Washington, too, had sacrificed a great deal, maybe even more than most of them during the years for this glorious cause. These men, of course, were his fellow officers, most having worked closely with him for several years. The conspiracy collapsed. Washington then left the room and General Henry Knox (also a Mason) and others offered resolutions reaffirming their loyalty acceptable to the group. A major crisis for the brand new country had been avoided. The new nation had a chance to succeed only if its leaders and military adhered to the rule of law. What still remained, however, was Congress being threatened with "the terror of a mutinying army." In June Congress will leave Philadelphia threatened by 300 or so newly released soldiers. Washington will be called to put down this "riot." On March 23rd, in Philadelphia, the French ship "Triumph" arrived with the news. In 1928 an interesting letter written by General Washington to General Henry Knox was made public by Gabriel Wells, a New York dealer in rare books and autographs. Wells says that this is believed to be the only letter in which Washington may be said to have overflowed in exuberance and patriotic feeling and even paraphrases scripture. The note reads:

Newburgh 26th March 1783 My dear Knox: Such as I have, I give unto thee. God grant the news may be true. But whether it is or not, the late conduct of the army will redound to the immortal honor of it. Yrs most sincerely, Go. Washington.

The letter is believed to have been written by Washington upon receipt of a letter from Lafayette announcing the signing of the preliminary articles of peace in France. The scriptural reference is from the 3rd Chapter of Acts, verse 6. As Peter was entering the Temple a lame beggar at the door sought alms. Peter said: "Silver or gold I do not have, but what I have I give you. In the name of Jesus Christ of Nazareth, walk..." General Washington omitted "silver and gold I do not have," evidently intending the words to be understood by General Knox. The money question in the army had been serious. Washington possibly intended the news of peace to sooth the troubles of the army. 1 Sir Guy Carleton proclaimed the end of hostilities in New York on April 8th. Congress on the 11th signed off and proclaimed the end of the war. Washington delayed telling the troops in Newburgh for a week about the end of the war because he feared that those signed for the duration of the war would all leave in mass. On April 19th Washington ordered the cessation of hostilities to be read at noon at Newburgh and left for Ringwood to meet the Secretary of War for the purpose of making arrangements for release and exchange of prisoners. This was the eighth anniversary of the Battle at Lexington.

And what about the problems that existed over a year ago? The Tories are leaving in droves on ships to Canada/Nova Scotia and some going back to England. There are still the prisoners, the sick and wounded and the slave seen as property to be decided. Importantly, there will be a need for government and police protection in New York City once the British leave. But now, finally, somewhere in the not too distant future, the British will be leaving. Now is the time to clear up these sticky issues. 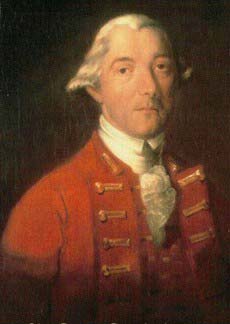