The Massachusetts Centinel was published by Benjamin Russell. George Washington was Russell's idol, and his paper soon became the leading Federalist champion, its first great cause the adoption of the Federal Constitution. Numerous ads here identify the needs and wants of Americans during the early days of Washington's presidency. 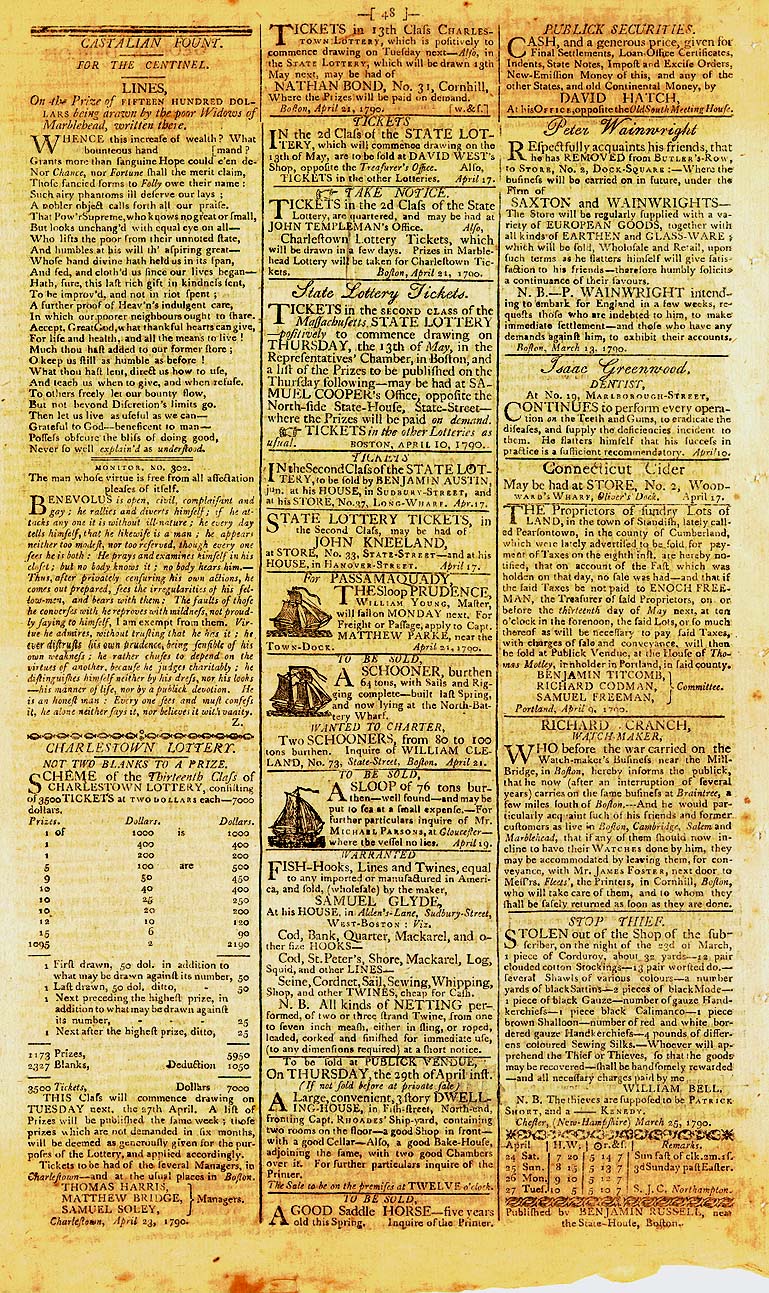