All through the day — amidst the smoke and fire of the fighting — a private's young wife, Mrs. John Hays, carried water in a pitcher back and forth from a well to her husband and his fellow artillery gunners. Thus, the nickname Molly Pitcher. During the Battle of Monmouth on June 28, 1778 the fighting was fierce and intense. The heat of battle was searing, and the soldiers' throats were parched. Many were exhausted and wounded.

As the battle ensued Molly's husband was wounded and could not continue, but she knew his job well enough to grab a rammer and keep the gun firing. She served at the cannon for the remainder of the battle.

For her heroic service she was ultimately granted relief by an Act of the Pennsylvania Legislature. 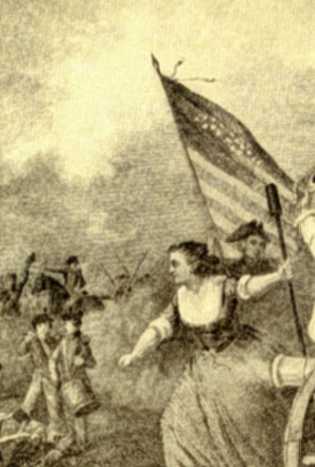